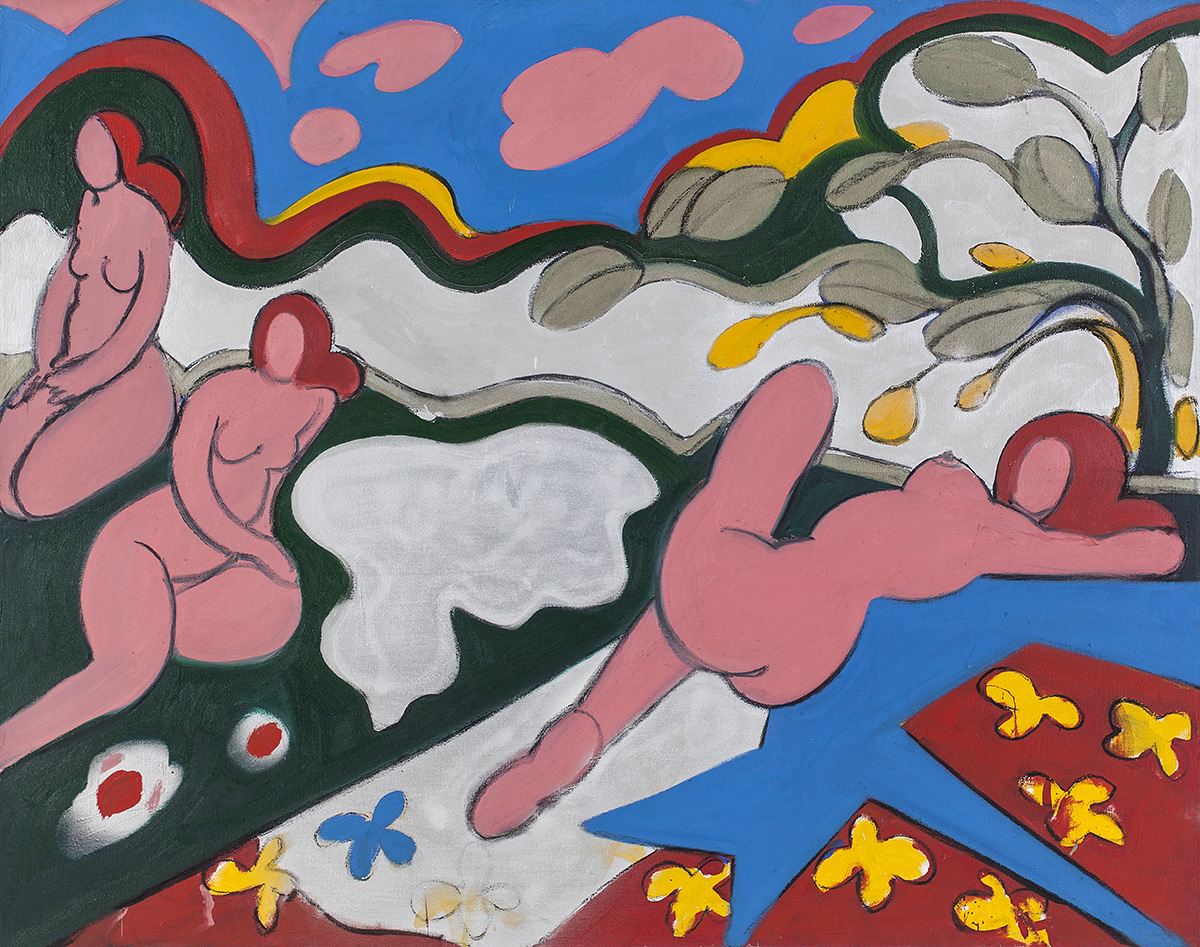 Emilio Cruz (b. 1938, New York - d. 2004, New York): A poet and writer as well as a visual artist, Cruz was educated at Art Students League in New York, the University of Louisville and the New School for Social Research in New York. He founded Spectacle, Inc., a multi-media theater production company and taught at a number of higher education institutions, including the School of the Art Institute of Chicago, Parsons School of Design, Cooper Union, the Pratt Institute and New York University. For his expressionistic work, Cruz won numerous awards and fellowship from institutions such as the Walter Gutman Foundation, the National Endowment for the Arts, the Illinois Arts Council, the Artemercato Internanzionale Accademia Italia, the Fulbright program and the Joan Mitchell Foundation, among others. He is represented in several permanent collections, including the Brooklyn Museum, the Hirshhorn Museum of Art, the Rhode Island School of Design Museum of Art, the Museum of Modern Art in New York, the National Gallery of American Art in Washington, D.C., and the Studio Museum in Harlem. (CINTAS for Visual Arts, 1965-66)