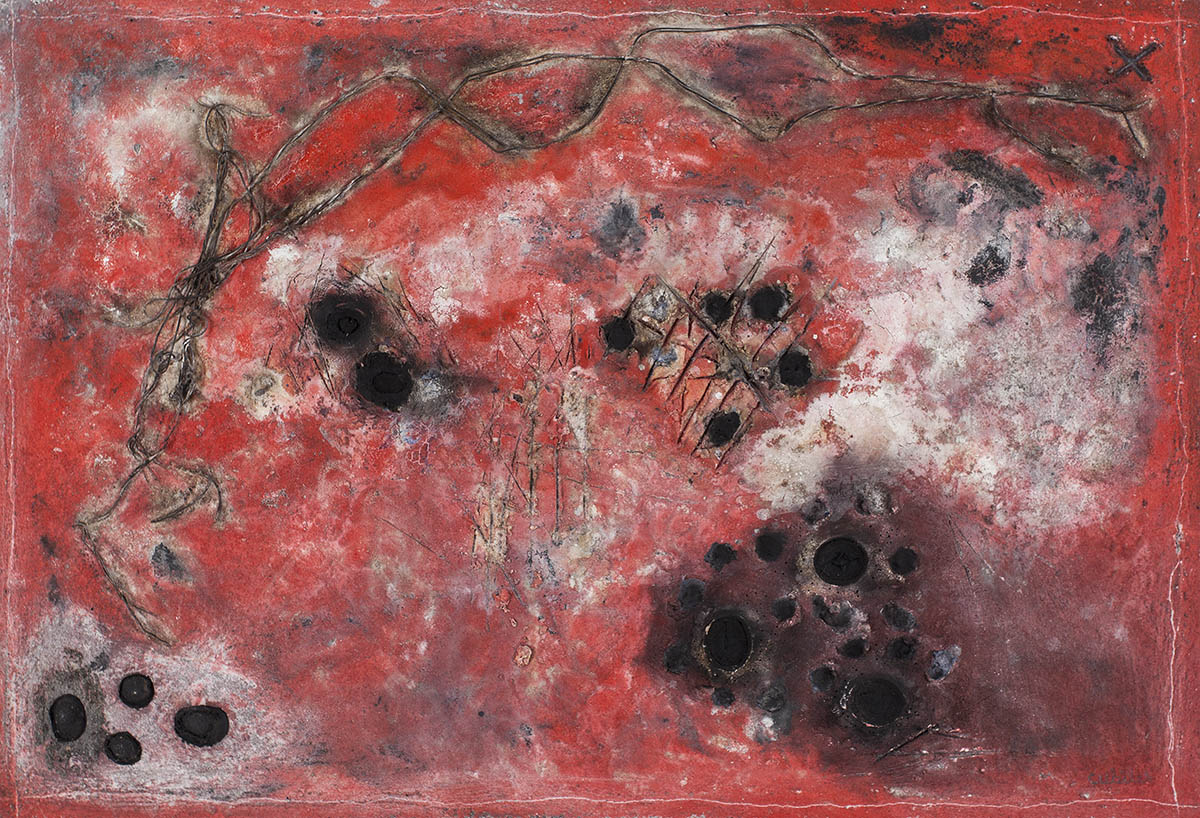 Miguel Cubiles (b. 1937, Caibarien) After arriving in the United States in 1961, Cubiles studied art at Miami-Dade Community College and the University of Miami. He moved to Mexico in 1980, where he lives, works and frequently shows his work. He has also exhibited in several countries in Europe, the United States and Japan. His work – which includes paintings, engravings and ceramics as well as sculpture – is in the permanent collections of the Fundación Joan Miró in Barcelona, the Instituto de Cultura Puertorriqueña in San Juan, the Japan Printmakers Association in Tokyo, the Museo de Arte Contemporáneo in Sevilla, the Miami-Dade Public Library, and the Museo de Arte y Cultura and the Museo Rufino Tamayo in Mexico City, among others. (CINTAS for Visual Arts, 1986-87)