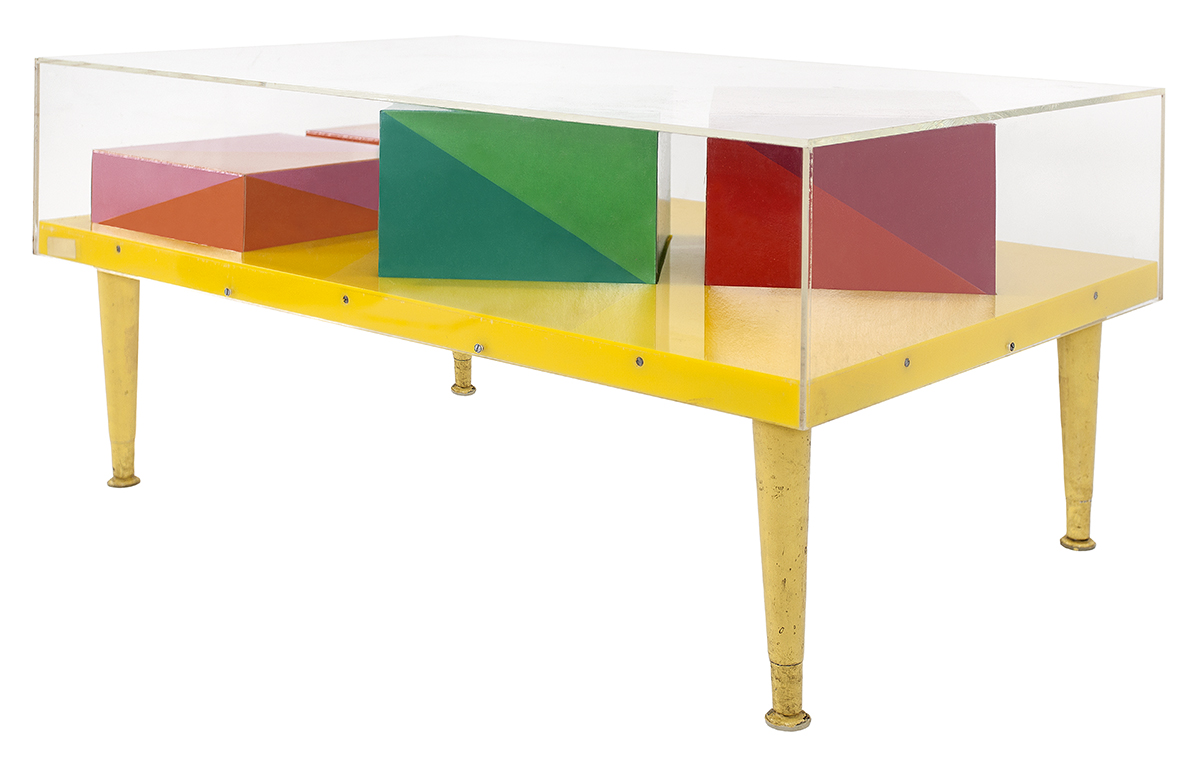 Waldo Díaz-Balart (b. 1931, Holguin) A longtime resident of Madrid, Díaz-Balart studied accounting and political science and economics in Havana before moving to New York to pursue art studies in 1962. Díaz-Balart’s work – explorations of color and light in geometric paintings and light sculpture – has been widely exhibited. He has had one-man shows in the Netherlands, in Spain and in the United States at the Art Gallery of Florida International University. He is the recipient of a Pollock-Krasner Foundation fellowship and his work is in the permanent collections of the Museum of Modern Art in New York, the Centro de Arte Reina Sofía in Madrid, the Mondriaanhuis in Amersfoort, The Netherlands, and the Museum of Modern Art in Huenfeld, Germany, among others. In 1992 he published the book Waldo Díaz-Balart, Ensayos de Arte. (CINTAS for Visual Arts, 1968-69, 1969-70)