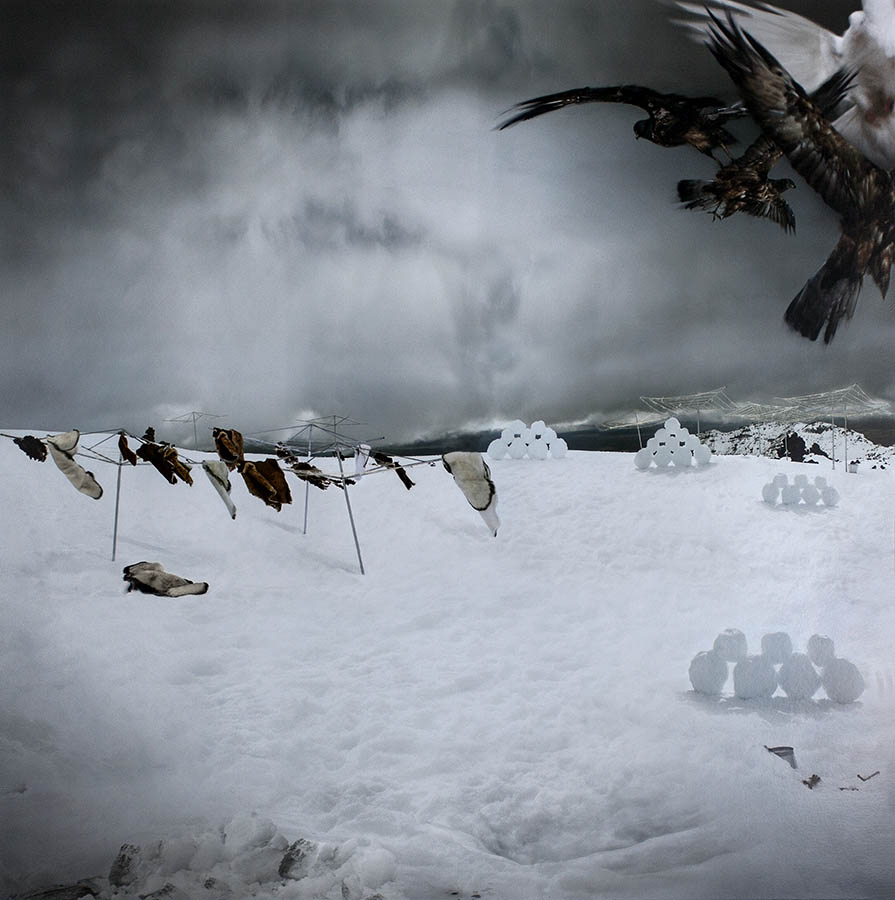 Anthony Goicolea (b. 1971, Atlanta) Although he has worked primarily in photography, Goicolea has also engaged in video projects and drawings. In describing his work, he has written, “I am still interested in self-portraiture, vanity and narcissism as well as issues dealing with the body, bodily functions, beauty, chaos, the grotesque and the perverse.” He is often the lead character in his photographic narratives, acting out childhood scenes. He has had numerous solo exhibitions in Europe and the United States and his work is in the permanent collections of the Whitney Museum of American Art, the Museum of Modern Art in New York, the Guggenheim Museum of Art and the Brooklyn Museum of Art, among other institutions. Goicolea attended the Universidad de Madrid; the University of Georgia, where he studied art history, drawing and painting and received a Bachelor’s degree; and the Pratt Institute of Art, where he received a Master of Fine Arts degree. In 2005, Goicolea won the BMW-award for photography. His books include Anthony Goicolea: Drawings, released by Twin Palms Press Publishing in 2005. (CINTAS for Visual Arts, 2006-07)