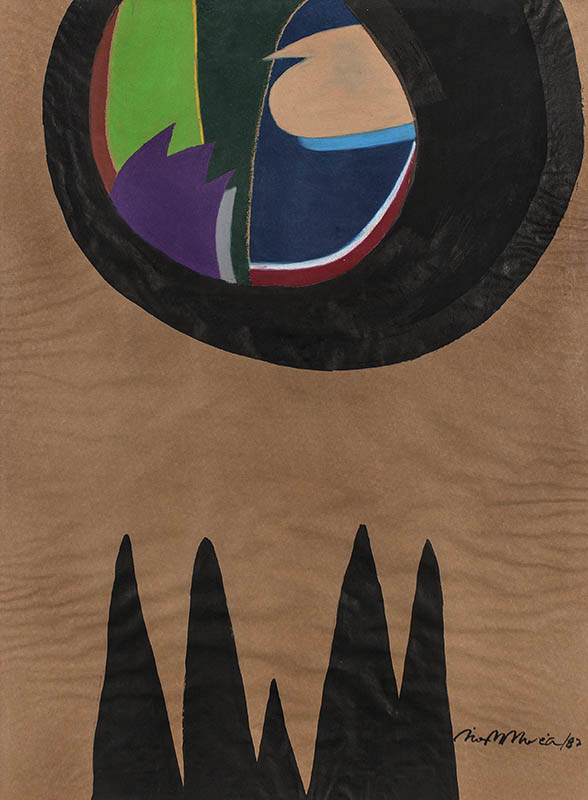 Carlos Maciá (b. 1951, Havana-d. 1994, Miami): An artist deeply influenced by his interests in religion and spirituality, Maciá created artists books, usually held in boxes, which he said offered him the ability to capture the audience visually and through the sense of touch. To make his books, he used a variety of textures, from coffee bags to copper pages, to handmade paper. Maciá was a graduate of Barry University, where he studied theology and philosophy. In 1996, two years after his death, Barry University held a retrospective of his work. Maciá was one of the artists featured in the traveling exhibitions The Miami Generation and Cuba-USA: The First Generation and his work is in the permanent collection of the Miami-Dade Public Library. Maciá was the winner of a Florida Arts Council award. (Cintas for art, 1983-84)