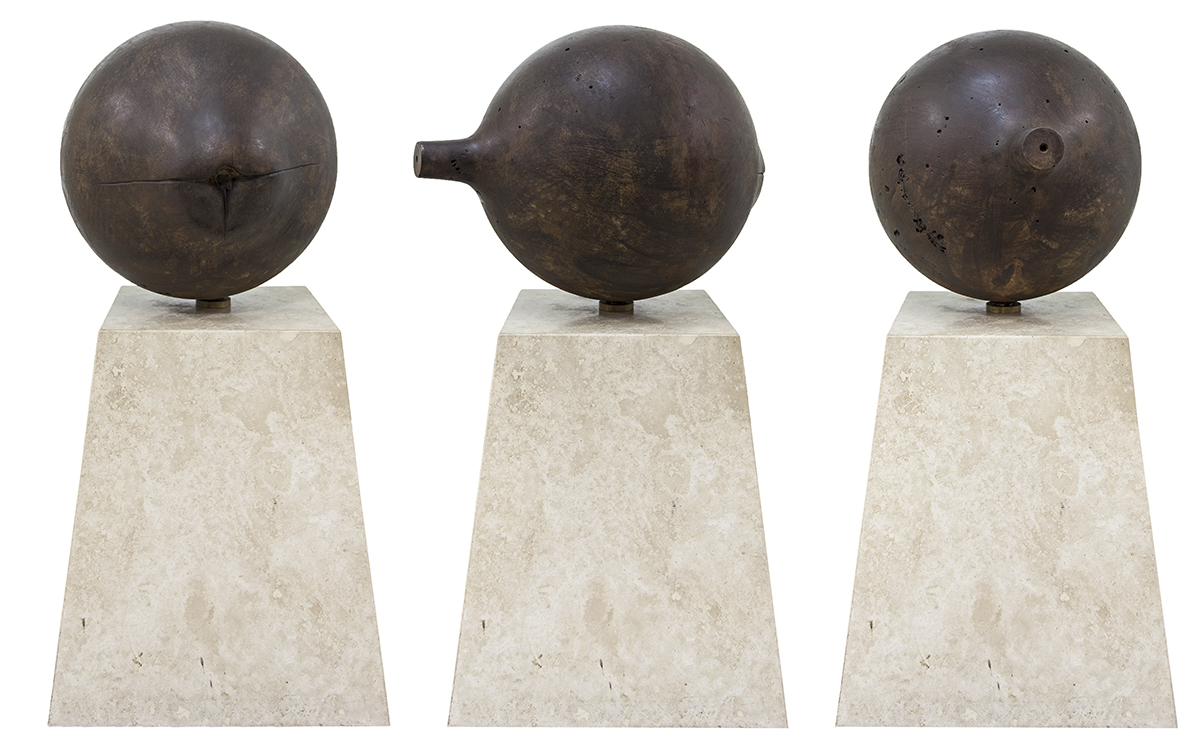 Enrique Gay García (b. 1928, Santiago de Cuba - d. 2015) A painter and sculptor, Gay Garcia’s work was selected for the VI and VII Sao Paolo biennials and the exhibitions Hispanic‑American Artists of the United States at the Museum of Modern Art of Latin America in Washington, D.C., Recent Developments in Latin American Drawing at the Art Institute of Chicago, Outside Cuba and Expresiones Hispanas 88/89, the Coors National Hispanic Art Exhibition, among others. He was the subject of reporter Ana Azcuy’s 1978 documentary, Gay García Casting Bronze. His work is in the permanent collections the Lowe Art Museum at the University of Miami, the Museo Nacional de Bellas Artes in Havana, the Museum of Modern Art of Latin America in Washington, D.C., the Miami-Dade Public Library and the Vermont Academy, among others. His sculpture of Father Félix Varela is at the San Carlos Institute in Key West. Gay García studied at the Escuela Nacional de Bellas Artes San Alejandro in Havana, the Instituto Politécnico in Mexico City, the Art Institute in Venice and the University of Perugia. (CINTAS for Visual Arts, 1983-84)