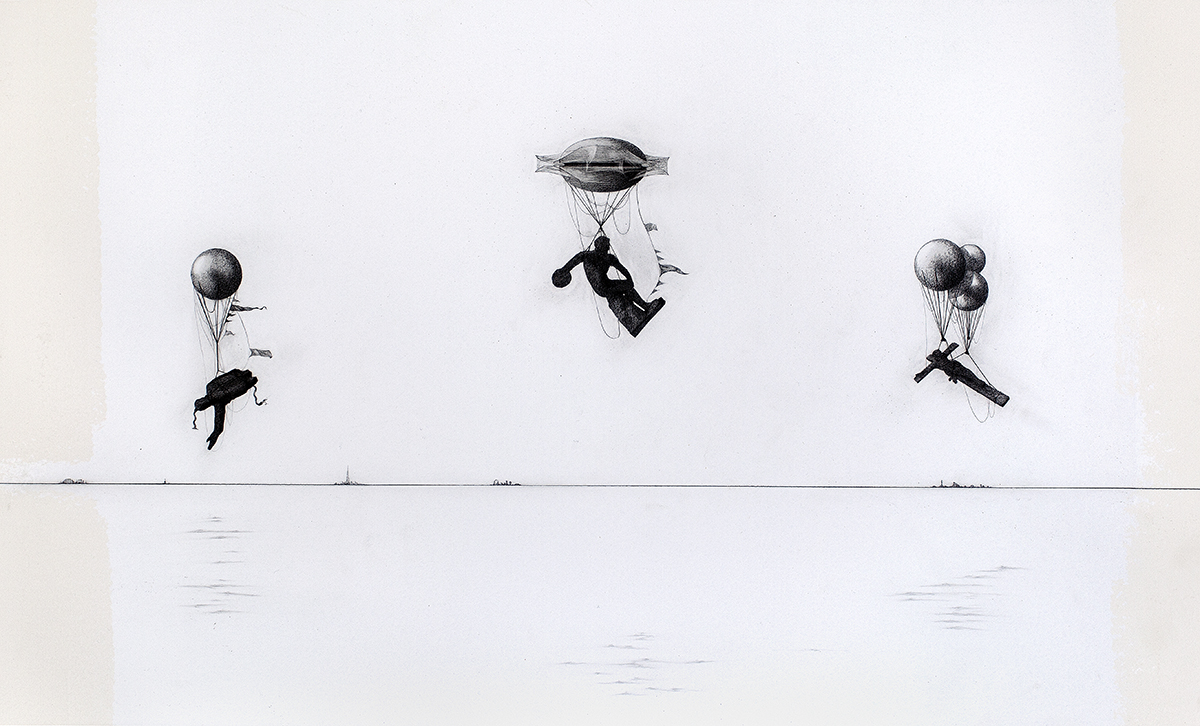 Glexis Novoa (b. Holguin, 1964): Best known for his finely drawn landscapes on marble, one of Novoa’s early outings as an artist was as the set designer of the acclaimed 1987 film Alicia en el pueblo de Maravillas. He has also curated several exhibitions, including Waiting List: Time and Process in Contemporary Cuban Art for the City Art Museum in Ljubljana, Slovenia. Novoa has had solo exhibitions at the Lowe Museum of the University of Miami, the Bernice Steinbaum Gallery and Locust Projects in Miami, and the Snite Museum at the University of Notre Dame, among others. His work has also been included in several group shows in the United States, Latin America and Europe. His work is represented in the collections of numerous institutions, including Centre de Cultura Contemporania in Barcelona, the Centro Wifredo Lam in Havana, the Lowe Museum and the Ludwig Forum Fur Internationale Kunst Aachen in Germany. Novoa studied at the Skowhegan School of Painting and Sculpture in Maine, and the National School of Art and the National School of Design in Havana. (Cintas Foundation Emilio Sánchez Award in art, 2006-07)